A new crusade arises from the sinister clutches of the underworld: The mighty WARKINGS enter the battleground and face ghoulish demons with a formidable weapon made of pure Heavy Metal. Join the clan of the reincarnated with the new full-length album, Revenge, to be released on July 31, 2020 via Napalm Records.

The four ancient kings, a roman Tribune, a wild Viking, a noble Crusader and a martial Spartan, gathered in the golden halls of Valhalla, escaped from the realms of obscurity and stole their souls from the Lord of the abyss. In a bloodthirsty furor, the demons seek revenge on the WARKINGS, but Odins legates are more than ready to vanquish the Monarchs of the dusk with their hard-hitting anthems.
The opener “Freedom“ initiates the valiant battle with folklore-like heroic elements coalescing with uncompromising heavy pieces. The WARKINGS’ swords are forged with iron riffs, thundering drums and emblematic, powerful vocals, as their epic hymn “Warriors“ and the death angel’s chant “Azrael“ prove with unmeasurable vigor. Accompanied by the multi-faceted, growling battle cries, by the Queen of the Damned, the bellicose epos “Odin’s Sons“ rises with the sons of the North.

With the wisdom of heroic battles and divine power, the WARKINGS spark a fire of harsh tunes and remarkable belligerent elements straight out of Valhalla. The legendary four-piece is back to defeat the underworld with their sharpened anthems – I am a Warking! 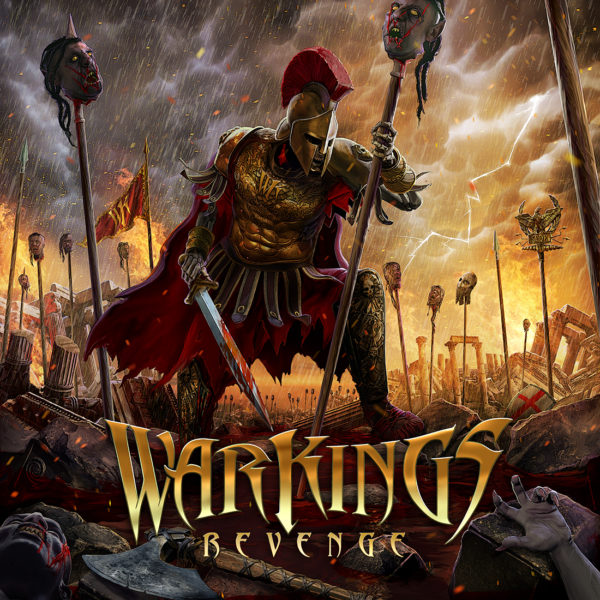